The History of Fire Extinguisher Ball

Hello Readers, We hope you’re doing good and enjoying the blogs too. Today, we will be looking at the history of fire extinguisher ball. The origin, The Benefits, and other advantages of using the ball.

We all are familiar with fire extinguishers, aren’t we? And, when we talk about fire extinguishers all we can imagine of if the red-colored cylinder. But, as said change is the only constant. Shouldn’t we accept the new technologies or invention that helps us to be safer in the panic situations?

All those questions and there’s only one answer that is simply a YES. 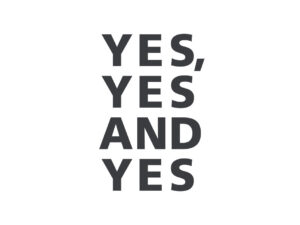 Fire Extinguisher Cylinders have been around us for a long long time. And we’re so used to seeing that red cylinder around us that we think it’s just a part of our workplace, home, or even in our vehicles. The irony is a lot of people, even after going through the training process, don’t know how to use it.

Now the inventor of the fire extinguisher ball also known as fireball found a loophole and invented something that can be safer for everyone and also it should be easy to use.

The very first fire extinguisher ball ever created by the Kaimart. As in the records, it is known outside of Brazil, was created as a result of some researches in the field of automatic systems that could extinguish the flames/fire at the early stages itself. Saving money and valuables before the fire engulfs them and turns things into ashes.

Fire, as we all know, damages everything that comes in contact with it. All you’ll ever get is the damages.

In the year 1997, Kaimart was one of the witnesses of the fire that broke out at the Royal Jomtien Hotel in Pattaya, Thailand. He saw a lot of people die that day and was so terrified that we decided to make an easier plus most effective way to fight the fires.

Based on a lot of studies by the scholars and the fire department, when a temperature exceeds 400oC in the first four minutes of a fire accident – it is enough for the flames to quickly spread and increase the consumption of anything and everything to turn into the ashes. Kaimart sought something that could put down the initial flames even before it starts, and alerts everyone around. That’s where the fire extinguisher comes into the picture.

This ball can be installed in places one thinks is at a higher risk of catching fire, such as the circuit breaker, electrical panels, electronic equipment, and even the engines & boilers. This ball is activated even before anyone around can realize the fire.

This was all about the one which we are familiar with. But do you know back in the 1919s era a grenade-style fire extinguisher was manufactured by a Denver-based fire safety company? This company was being operated till the early 1980s. Now the early fire grenades are treated as grenades.

Now let us see about the benefits that this fire extinguisher balls has over the traditional red-colored cylinder:

In India, there is I guess only one such brand that used 90% Mono-Ammonium Phosphate as the extinguishing material. This is the best and the top-graded material – even the firefighters here use this and that is AFO- the fire extinguisher ball. 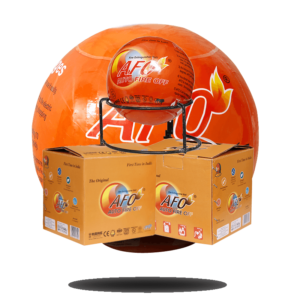 A trusted brand in the market and also it is a Make In India product.

We hope you might have found this helpful, a short history about the invention that helps to save a huge about of loss and money.

WhatsApp Chat is free, download and try it now here!