Why should one always sleep with the door closed? – Fire Safety

Hello Readers, it’s been a long time we’re talking about fire extinguishers and fire. No, today we not going on a different but yes, we’re going to see something which is related to fire safety.

As said in the earlier blogs that fire safety is something that you should keep at priority #1.

­According to the firefighters, every single second count when there is a fire break. In fact, a house fire can multiply in size every minute. Also, the stats say that most of the fire deaths happen between 11 pm – 7 am when most of the people are sleeping. 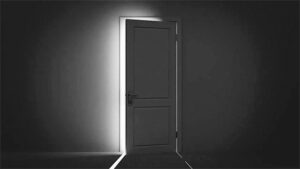 Here’s good news!
There’s a simple step you can add to your routine to keep you safe from fire.

UL’s firefighter safety research institute (FRSI) carried out research that shows closing your bedroom door helps to prevent a fire from spreading. Also, lessens the smoke damage and can even save thousands of lives.

As said precaution is better than cure, a little preparation can go a very long way to help you rest.

The major question you guys might have is that why or how does keeping the door closed works?

Fire spreads more quickly. The more oxygen it gets the more it spreads. Keeping your bedroom door closed works in your favor as it can slow down the spread of a house fire, as well as reduce the toxic smoke levels.

Why should one sleep with the door closed?

When a door is closed during a fire, a person in the room experiences the following:

When a door is open during a fire, a person in the room experiences:

How much time does one have to escape a fire?

Four decades ago, people had an average of 17 minutes to escape a fire safely. The homes we live in today only allow a 3 minutes window or maybe less to evacuate.

Materials used in modern construction, home furnishing uses synthetic materials which helps the fire to burn at a faster rate than the earlier times.

That’s fine, don’t panic! Even these 2 minutes are more than enough to escape a fire, only if you remain calm, have a great plan, and close doors in your home.

When you escape a fire, make sure to close the door behind you right when you leave it. This will help to cut off the oxygen supply to the fire & may also stop the fire’s growth.

Protect what you’ve worked so hard to build.

When it comes to fire safety, closing your bedroom door is one simple step that can make a huge difference.

Keep in mind “Close before you doze”

Check out this video to know more.